Aileen: Life and Death of a Serial Killer 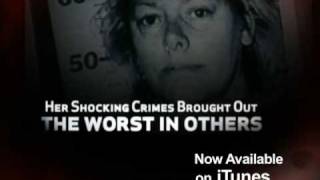 British documentarian Nick Broomfield creates a follow-up piece to his 1992 documentary of the serial killer Aileen Wuornos, a highway prostitute who was convicted of killing six men in Florida between 1989 and 1990. Interviewing an increasingly mentally unstable Wuornos, Broomfield captures the distorted mind of a murderer whom the state of Florida deems of sound mind -- and therefore fit to execute. Throughout the film, Broomfield includes footage of his testimony at Wuornos' trial.

Currently you are able to watch "Aileen: Life and Death of a Serial Killer" streaming on DocPlay, DOCSVILLE.

People who liked Aileen: Life and Death of a Serial Killer also liked