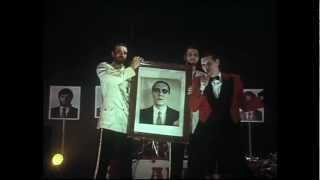 How We Played the Revolution

It was the year 1984 when a group of architects decided to organize a one night music band as a New Year's party joke in Kaunas, Lithuania. The joke proved to be so good that rumors about the new exciting rock band spread from lips to lips and soon their intellectual circus grew into the Rock Marches - massive events involving thousands of people - that transformed into the big meetings for Lithuanian Independence later named the Singing Revolution. This is the story about the people who raised their independence with the smiles and songs regardless of the danger of the situation.

How We Played the Revolution - watch online: stream, buy or rent

You can rent "How We Played the Revolution" on Pantaflix online.

People who liked How We Played the Revolution also liked