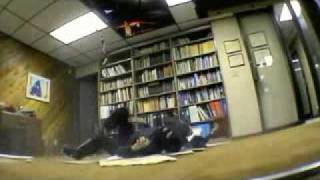 Johnny Knoxville and his crazy friends appear on the big screen for the very first time in Jackass: The Movie. They wander around Japan in panda outfits, wreak havoc on a once civilized golf course, they even do stunts involving LIVE alligators, and so on. While Johnny Knoxvile and his pals put their life at risk, they are entertaining people at the same time. Get ready for Jackass: The Movie!!

6.6 (82k)
Genres
Documentary, Action & Adventure, Comedy
Runtime
1h 27min
Age rating
MA15+
Director
Jeff Tremaine
Under the new EU law on data protection, we inform you that we save your history of pages you visited on JustWatch. With that data, we may show you trailers on external social media and video platforms.