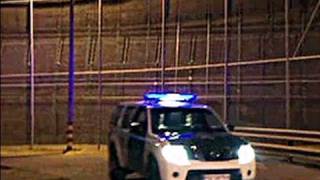 Some things can be seen more clearly at night.. . A film poem about a continent at night, a culture on which the sun’s going down, though it’s hyper alert at the same time, an “Abendland” that, often somewhat self-obsessively, sees itself as the crown of human civilization, while its service economy is undergoing rapid growth in a thoroughly pragmatic way. Nikolaus Geyrhalter takes a look at a paradise with a quite diverse understanding of protection. Night work juxtaposed with oblivious evening digression, birth and death, questions that await answers in the semi-darkness, a Babel of languages, the routine of the daily news, and political negotiation: All this has been captured in images with a wealth of details that make us look at things in a new way. The longer you consider a word, the more distant is its return gaze: ABENDLAND.

7.0
Genres
Documentary, Made in Europe
Runtime
1h 30min
Director
Nikolaus Geyrhalter
Under the new EU law on data protection, we inform you that we save your history of pages you visited on JustWatch. With that data, we may show you trailers on external social media and video platforms.