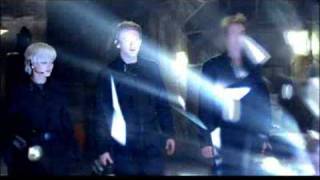 Matt's secret mission to find the ARC member that will destroy the future continues, as does Philip's New Dawn project for the Anomalies. After Abby learns of Matt's mission, the latter recruits her into it, while Connor instead joins Philip in the New Dawn project. Connor and Abby's opposing allegiances in turn strains their relationship more and more. Matt and Abby's fears that New Dawn is what will destroy the future are soon confirmed, and after Connor realises his error, he and the rest of the ARC team join Matt and Abby against Philip as the latter activates New Dawn. Although Philip successfully activates New Dawn, the team manage to stop New Dawn and save the future. However, Matt then sees a double of him at the ARC which gives him a warning.