Queer As Folk is not available for streaming. 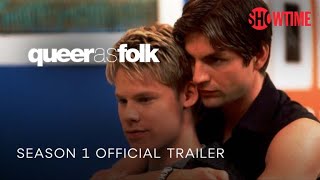 The fourth season finds Brian, now broke and unemployed, attempting to rebuild his life. Michael returns to Pittsburgh to fight for custody of Hunter with Ben. Justin joins a vigilante group where he discovers his buried anger. Also, as Ted progresses into his sobriety, Emmett deals with the fallout from their breakup. And Melanie and Lindsay await the birth of their second child.

We try to add new providers constantly but we couldn't find an offer for "Queer As Folk - Season 4" online. Please come back again soon to check if there's something new.