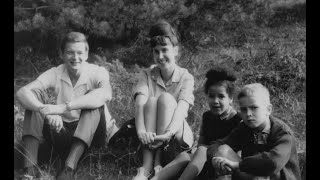 In the 1960s, a white couple living in East Germany tells their dark-skinned child that her skin color is merely a coincidence. As a teenager, she accidentally discovers the truth. Years before, a group of African men came to study in a village nearby. Sigrid, an East German woman, fell in love with Lucien from Togo and became pregnant. But she was already married to Armin. The child is Togolese-East German filmmaker Ines Johnson-Spain. In interviews with Armin and others from her childhood years, she tracks the astonishing strategies of denial her parents, striving for normality, developed following her birth. What sounds like fieldwork about social dislocation becomes an autobiographical essay film and a reflection on themes such as identity, social norms and family ties, viewed from a very personal perspective.