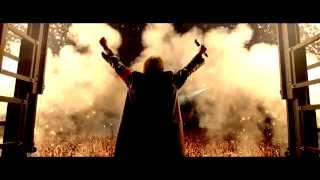 A concert film that the former Pink Floyd singer-songwriter made on various tour dates between 2010 and 2013, when he was playing his former group's 1980 double-album in its entirety.

8.6 (4k)
Genres
Documentary, Music & Musical, Made in Europe
Runtime
2h 7min
Age rating
15
Director
Sean Evans , Roger Waters
Under the new EU law on data protection, we inform you that we save your history of pages you visited on JustWatch. With that data, we may show you trailers on external social media and video platforms.