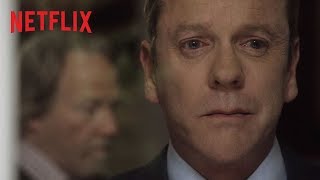 Tom Kirkman, a low-level cabinet member is suddenly appointed President of the United States after a catastrophic attack during the State of the Union kills everyone above him in the Presidential line of succession.

Currently you are able to watch "Designated Survivor - Season 1" streaming on Netflix.