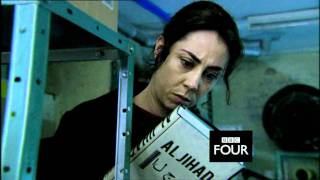 After the resolution of the Larsen case, Lund is demoted and works as a passport officer in the southern town of Gedser. Ulrik Strange, a detective from Copenhagen, visits Lund on behalf of her former boss, Lennart Brix, and asks for her help in solving the murder of military legal adviser Anne Dragsholm. Dragsholm was found murdered at the memorial for executed members of the Danish resistance in Ryvangen Memorial Park, tied to a replica of an execution post used by the firing squads of the German occupying power. Despite initial uninterest, Lund joins the investigation and comes to suspect that the murder is not as straightforward as it seems, despite the forced confession of Dragsholm's husband. Meanwhile, Thomas Buch, the newly appointed Minister of Justice, suspects that his predecessor was involved in the cover-up of a massacre of Afghan civilians by Danish soldiers, and that this incident is connected with Dragsholm's murder.

We try to add new providers constantly but we couldn't find an offer for "The Killing - Season 2" online. Please come back again soon to check if there's something new.

8.4 (24k)
Genres
Drama, Crime, Mystery & Thriller, Made in Europe
Runtime
58min
Season 2
Under the new EU law on data protection, we inform you that we save your history of pages you visited on JustWatch. With that data, we may show you trailers on external social media and video platforms.