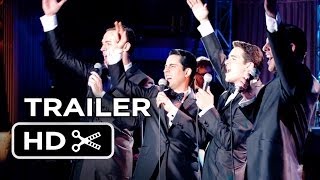 A musical biopic of the Four Seasons—the rise, the tough times and personal clashes, and the ultimate triumph of a group of friends whose music became symbolic of a generation. Far from a mere tribute concert, it gets to the heart of the relationships at the centre of the group, with a special focus on frontman Frankie Valli, the small kid with the big falsetto.