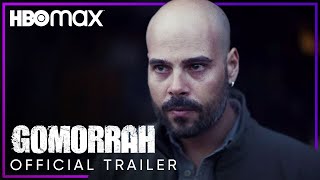 The clash between the Levantes and Patrizia left Naples in a pile of bricks forcing Genny to give up his dream of normality and return to action. But with the police hot on Genny’s heels, he is forced into a bunker alone without Azzurra and Little Pietro. Now, his only ally is 'O Maestrale, the mysterious crime boss of Ponticelli, an eastern district of Naples. War is imminent, and his enemies are fierce, but Genny is about to make a sensational discovery: Ciro Di Marzio is alive in Latvia. And for Genny, nothing will ever be the same again.

Currently you are able to watch "Gomorrah - Season 5" streaming on Go3.