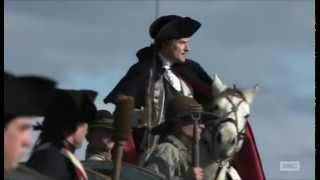 In the fourth and final season, America's first spy ring, called the Culper Ring, and General George Washington finish the fight. Notorious traitor Benedict Arnold takes his revenge on Washington, and unintended consequences compel Abe to seek revenge. Ultimately, Abe must forsake his bloodlust and turn his attention toward the one thing that truly matters: winning the war.