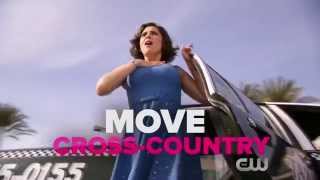 When last we left our intrepid and at least slightly nutty heroine, Rebecca Bunch, she was at her wedding, abandoned at the altar by her obsession, Josh Chan. In that moment, Rebecca found herself in a cliffhanger. Literally, because she, like, almost flung herself off a cliff. Instead, she found an unexpected well of strength inside herself and finally stood up to her abandoning father, flanked by her fierce girl squad. Phew. It was QUITE the wedding. So, what’s a girl to do now? Why, get revenge of course. Because Josh Chan, love of her life? He’s crossed over to the dark side -- ergo, he must pay, unless of course he sees the error of his ways and realizes he and Rebecca are meant to be.