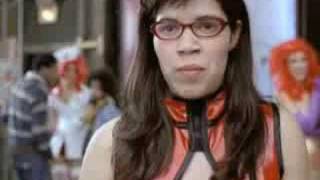 The first season of the American dramedy television series Ugly Betty began airing on September 28, 2006 and concluded on May 17, 2007. In addition to the twenty-three regular episodes in season one, a special, "The Beautiful World of Ugly Betty", was aired on April 12, 2007. Another special, which was a half-hour update recapping the first ten episodes, aired during the month of January 2007 on local ABC affiliates and various cable networks. Being produced in Los Angeles, the success of the season would lead to the production of the show's second season.