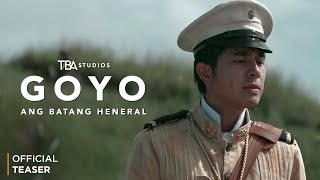 With this film (the second war trilogy set during the Filipino-American war in the early 1900s), the revolution marches on against the Americans after the bloody death of General Antonio Luna. The conflicted philosophies behind the heroic struggle continue and become personified in the colorful character of General Gregorio "Goyo" del Pilar.

Currently you are able to watch "Goyo: The Boy General" streaming on Netflix.

6.6
Genres
Action & Adventure, War & Military, History
Runtime
2h 35min
Director
Jerrold Tarog
Under the new EU law on data protection, we inform you that we save your history of pages you visited on JustWatch. With that data, we may show you trailers on external social media and video platforms.