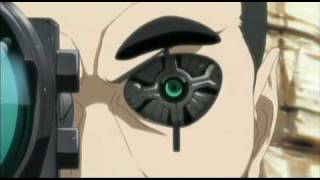 In 2030 AD, even if the intention to run around as light and electrons is concentrated in one direction as the computerization becomes generalized and the information network becomes more sophisticated, by the time the "lonely person" becomes an "individual" as a complex. Is an era when it is not computerized. It depicts the activities of the "Public Security Section 9" (commonly known as "Ghost in the Shell"), which was established as an independent counterintelligence unit under the direct control of the Ministry of Home Affairs to counter complicated crimes. There are a wide variety of top-secret missions such as cybercrime investigation, terrorism deterrence / arrest, VIP protection, and corruption detection, but one incident emerges as it is carried out.

Currently you are able to watch "Ghost in the Shell: Stand Alone Complex - Season 1" streaming on Netflix.