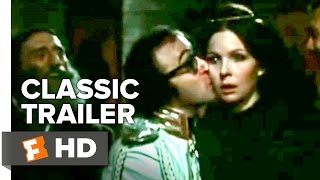 Set in 19th-century Russia, Allen is a cowardly serf drafted into the Napoleonic war, who would rather write poetry and obsess over his beautiful but pretentious cousin. Allen's cowardice serves him well when he hides in a cannon and is shot into a tent of French soldiers, making him a national hero. A hilarious parody of Russian literature, Love and Death is a must-see for fans of Allen's films.