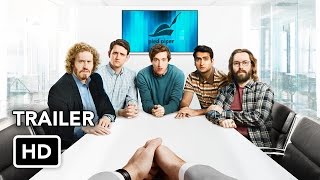 With Richard unexpectedly ousted as CEO, Season 3 picks up with him offered a diminished role of CTO and the rest of his team facing the question of just how far their loyalty extends. Now under a new CEO who is hell-bent on transforming everything from Pied Piper's offices to its business agenda, the guys must find a way to triumph in the war of Art vs. Commerce. Meanwhile, as Gavin Belson works to rehabilitate Hooli's image following his blunders, Big Head finds himself in a new partnership.

Currently you are able to watch "Silicon Valley - Season 3" streaming on Sky Go, Now TV or buy it as download on Microsoft Store, Sky Store.