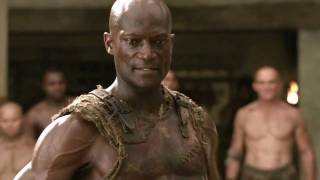 On the heels of the bloody escape from the House of Batiatus, the gladiator rebellion continues and begins to strike fear into the heart of the Roman Republic. Gaius Claudius Glaber and his Roman troops are sent to Capua to crush the growing band of freed slaves that Spartacus leads before it can inflict further damage. Spartacus is presented the choice of satisfying his personal need for vengeance against the man that condemned his wife to slavery and eventual death or making the larger sacrifices necessary to keep his budding army from breaking apart.

Currently you are able to watch "Spartacus - Season 2" streaming on Now TV.

8.5 (128k)
Genres
Drama, Action & Adventure, Mystery & Thriller, Romance, History
Runtime
54min
Season 2
Season 2
Under the new EU law on data protection, we inform you that we save your history of pages you visited on JustWatch. With that data, we may show you trailers on external social media and video platforms.