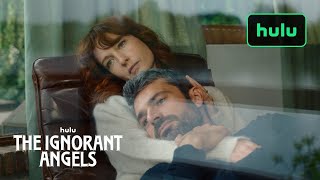 Following the death of her husband in a car accident, Antonia discovers that he was having a homosexual affair with a man named Michele. At first devastated by the news, she finds herself building an unexpected friendship with this man she had never heard of. They both learn to know each other, to accept each other, to understand each other. Antonia thus discovers her husband's other family made up of friends with unusual lifestyles and different sexual identities.

Currently you are able to watch "The Ignorant Angels" streaming on Disney Plus.