Diamonds of the Night 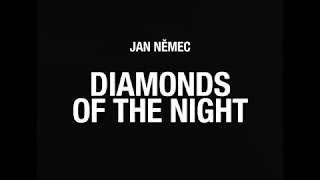 A tense, brutal story of two Jewish boys who escape from a train transporting them from one concentration camp to another. Ultimately, they are hunted down by a group of old, armed home-guardists. The film goes beyond the themes of war and anti-Nazism and concerns itself with man's struggle to preserve human dignity.

Diamonds of the Night streaming: where to watch online?

People who liked Diamonds of the Night also liked