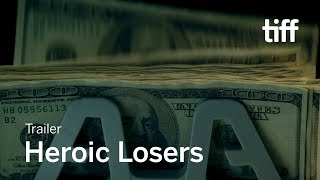 In a town in the Northwest of the province of Buenos Aires, a group of neighbors is organized to recover the economy of the area, but when the corralito is implemented in the country and they suffer a fraud, their hopes disappear. Now, they will unite to recover the lost money and give the blow of their lives to their greatest enemy.

Currently you are able to watch "Heroic Losers" streaming on Amazon Prime Video.