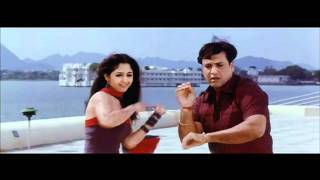 Gangaram alias Ganga has been raised by his foster parents who reside in the village thus he gets accustom to village life. 24 years later his birth parents multi-millionaire Avinash and his wife Radha comes to ask him to move into their bungalow located in the city to which Ganga agrees and goes to bid farewell to his friends and girlfriend Saawni. While in the city Ganga is introduced to his elder brother, Milind, his wife, Supriya, and his younger brother; Ganga finds it very hard to adjust to the city life and is often scuffed at. Avinash arranges his marriage with equally wealthy Tina to which he agrees although he is not comfortable with this marriage as he is still in love with Saawni; meanwhile Ganga's honest policy gets him and his new found family into further problems.