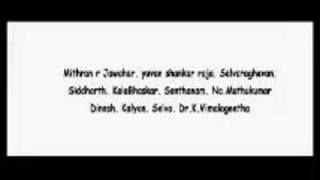 Vasu falls in love with Keerthi, but when he expresses his feelings to her, she turns him down and says that her marriage has already been arranged. He later learns that she is set to marry his close friend Cheenu.

Currently you are able to watch "Yaaradi Nee Mohini" streaming on Sun Nxt, Hungama Play, VI movies and tv or for free with ads on MX Player.