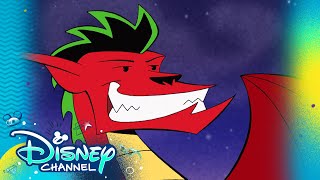 American Dragon is a coming of age comedy-action series about Jake Long, a 13-year-old Asian-American boy who strives to find balance in his life as a skateboard-grinding, New York 'tween while learning to master his mystical powers (in his secret identity) as the American Dragon, the protector and guardian of all magical creatures secretly living amidst the human world.

Currently you are able to watch "American Dragon: Jake Long" streaming on Hotstar.