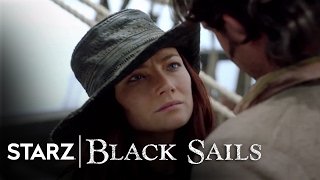 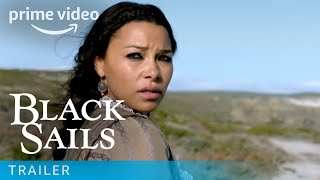 Hundreds of British soldiers lie dead in a forest… the Royal Navy sails back to England in retreat… the West Indies are now a war zone, and the shores of New Providence Island have never been bloodier. With the help of Eleanor Guthrie, Woodes Rogers transforms Nassau into a fortress without walls, as Captain Flint amasses a fleet of unprecedented strength, hoping to strike the final blow against civilization and reshape the world forever. Meanwhile, from within the island… an insurgency builds, fueled by the legend of its exiled leader, whose name keeps grown men awake at night… the one they call “Long John Silver.” But as Flint, Silver and their allies are about to learn, the closer civilization comes to defeat, the more desperately and destructively it will fight back. Oaths will be shattered, fortunes will change hands, and amidst the chaos, only one thing remains certain: it has never been more dangerous to call oneself a pirate.

Currently you are able to watch "Black Sails - Season 4" streaming on Lionsgate Play.