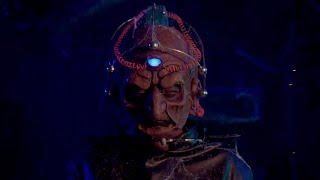 It consisted of five stories, plus the incomplete Shada, unfinished as a result of an industrial strike. Lalla Ward joined as Romana II, and the season is notable for the involvement of Douglas Adams in the writing department. This was the last season to use the traditional Delia Derbyshire "Doctor Who theme" arrangement.

We try to add new providers constantly but we couldn't find an offer for "Doctor Who - Season 17" online. Please come back again soon to check if there's something new.