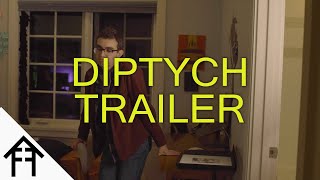 A short film by Walerian Borowczyk in two parts. The first 'panel' follows the morning routine of Leon Boyer who, despite being almost 100 years old, still farms the land, drives a vintage car, and plays with his two dogs. The second panel shows shots of beautiful flowers and a cat, to a recording of Tino Rossi singing 'La romance de Nadir / Je crois encore entendre' from Bizet's opera 'Les pêcheurs de perles'.

Currently you are able to watch "Diptych" streaming on Mubi or rent it on Mubi online.

59%
Genres
Documentary, Music & Musical, Drama, Comedy
Runtime
9min
Director
Jackson Beebe
Under the new EU law on data protection, we inform you that we save your history of pages you visited on JustWatch. With that data, we may show you trailers on external social media and video platforms.