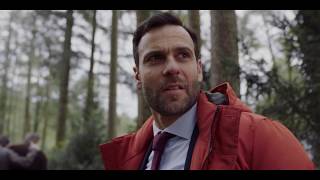 When Gerben Kooistra, a liberal from the north of Holland, is appointed as the new mayor of a small southern village he starts a battle against a big local criminal called ‘Grandpa’ Toontje. Gerben's mission is harder then he anticipated. Crime is everywhere in this seemingly innocent small town and his political mission slowly turns into a dangerous obsession.

Currently you are able to watch "Hallali" streaming on NPO Start for free with ads.