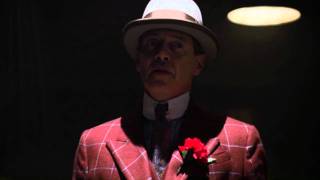 The third season of the HBO television series Boardwalk Empire premiered on September 16, 2012 and concluded on December 2, 2012. The series was created by Terence Winter and based on the book Boardwalk Empire: The Birth, High Times and Corruption of Atlantic City by Nelson Johnson. Set in Atlantic City, New Jersey, during the Prohibition era, the series stars Steve Buscemi as Enoch "Nucky" Thompson, a political figure who rose to prominence and controlled Atlantic City, New Jersey, during the Prohibition period of the 1920s and early 1930s.

Currently you are able to watch "Boardwalk Empire - Season 3" streaming on Ziggo TV.