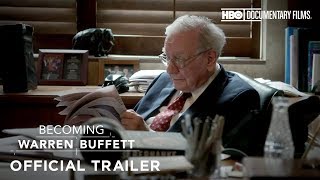 The story of the evolution of a boy from Nebraska who became one of the most respected men in the world, and the heroes who helped guide him along the way. By allowing access to his life and never-before-released home videos, Buffett offers a glimpse into his unique mind to help us understand what is truly important when money no longer has meaning.