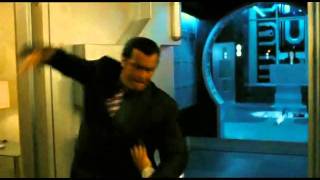 Mercenary John Seeger is one of the best in the business. John and his crew battle some soldiers on Galmoral Island in Southern Africa as they're trying to rescue the French Ambassador -- there's a coup going on. Some of John's soldiers unload their machine guns into the Ambassador and his family, blowing the mission and getting his best friend Radio Jones killed. He heads back to the US and visits Radio's wife Shondra to tells her the news, and then promises that he'll take care of her and her son Eddie. But shortly after he makes that vow, Shondra and Eddie get kidnapped.

Currently you are able to watch "Mercenary for Justice" streaming on Strim or buy it as download on SF Anytime.