Pink: All I Know So Far 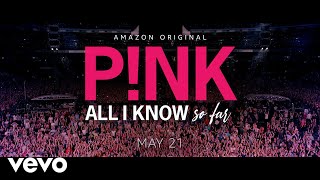 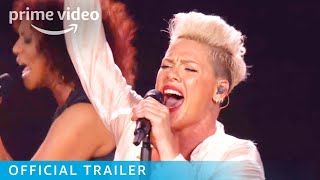 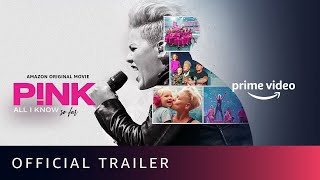 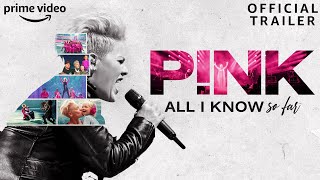 Pink
Self
Carey Hart
Self
Willow Sage Hart
Self

All I Know So Far follows Pink on her 2019 world tour “Beautiful Trauma” as she tries to balance being a mom, wife, boss and performer. On that tour she played 156 shows in 18 countries and sold three million tickets worldwide. The tour is the 10th highest-grossing tour in Billboard’s Boxscore’s history, the biggest tour for a woman in over a decade, and she received Billboard’s Legend of Live Award in November 2019. It combines footage from behind-the-scenes interviews and personal material along with moments from her stage shows. The documentary is produced by Michael Gracey and Isabella Parish in conjunction with Luminaries, Silent House and Lefty Paw Print

Pink: All I Know So Far - watch online: streaming, buy or rent

Currently you are able to watch "Pink: All I Know So Far" streaming on Amazon Prime Video.

People who liked Pink: All I Know So Far also liked