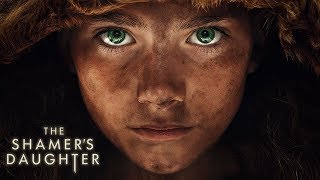 The Shamer's daughter, Dina, has unwillingly inherited her mother's supernatural ability. She can look straight into the soul of other people. When the sole heir to the throne is wrongfully accused of the horrible murders of his family, it is up to Dina to uncover the truth, but soon she finds herself whirled into a dangerous power struggle with her own life at risk.