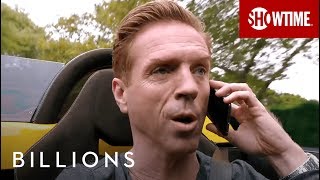 In season two, Bobby 'Axe' Axelrod uses his considerable resources to exact revenge on U.S. Attorney Chuck Rhoades. Axe's move sends Chuck reeling as he finds himself under investigation, forced to scramble to hang on to his office and his family.