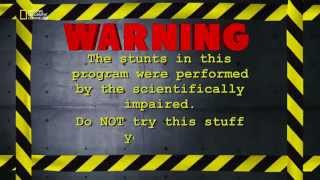 Science of Stupid is a comedic television series on the National Geographic Channel. The United Kingdom version of the show was initially hosted by Richard Hammond, later replaced by Dallas Campbell.

Currently you are able to watch "Science of Stupid - Season 1" streaming on Viaplay, Disney Plus.