Reality TV, Made in Europe 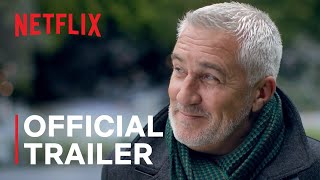 Reality TV, Made in Europe

The fifth series of The Great British Bake Off first aired on 6 August 2014, with twelve contestants. Mel Giedroyc and Sue Perkins presented the show and Mary Berry and Paul Hollywood returned as judges. Twelve contestants competed in this series, and the competition was held in Welford Park in Berkshire. The programme was moved from BBC Two to BBC One starting this year, but the Masterclass episodes remained on BBC Two. A companion series, The Great British Bake Off: An Extra Slice, hosted by comedian Jo Brand, started this year on BBC Two.