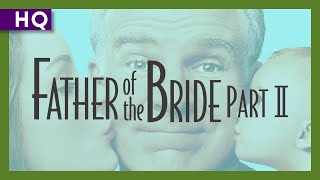 Just when George Banks has recovered from his daughter's wedding, he receives the news that she's pregnant ... and that George's wife is expecting too. He was planning on selling their home, but that's a plan that—like George—will have to change with the arrival of both a grandchild and a kid of his own.

6.1 (35k)
Genres
Comedy, Kids & Family, Romance
Runtime
1h 46min
Age rating
G
Director
Charles Shyer
Under the new EU law on data protection, we inform you that we save your history of pages you visited on JustWatch. With that data, we may show you trailers on external social media and video platforms.