Happy Endings is not available for streaming. 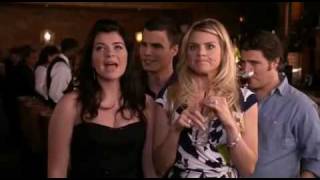 The second season of Happy Endings, an American television series. ABC officially renewed Happy Endings for a second season on May 13, 2011. It was later announced it would move to a new time-slot on Wednesdays at 9:30pm, as a lead-in to new series, Revenge. It premiered on September 28, 2011. On November 3, 2011, ABC picked up the show for a full 22-episode second season. However the 21st episode to air was labeled as the season finale by ABC as they "needed" to premiere Don't Trust the B---- in Apartment 23 on April 11, 2012. Despite the episode officially being held back for the third season, the 22nd episode aired on E4 in the UK on May 17, 2012, and other international markets, as part of the second season. Although the season was not officially released on DVD until October 23, 2012, the DVD was included in a release that contains the first two seasons of the show that was released on August 14, 2012.

We try to add new providers constantly but we couldn't find an offer for "Happy Endings - Season 2" online. Please come back again soon to check if there's something new.