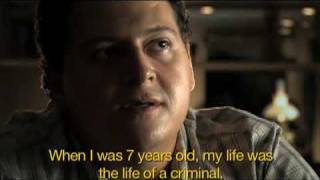 Nicolas Entel's searing documentary tells the story of Pablo Escobar -- Colombian drug kingpin, murderer and family man -- through the eyes of his son Sebastian as well as the sons of two of Escobar's most prominent victims. Sebastian shares stories of living in luxury and on the lam, but more significantly, he attempts to end the cycle of bloody retribution and make peace with two of the men his father so deeply wronged.

Sins of My Father - watch online: streaming, buy or rent

Currently you are able to watch "Sins of My Father" streaming on GuideDoc, DOCSVILLE.

People who liked Sins of My Father also liked