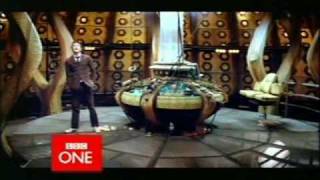 The second series of British science fiction series Doctor Who began on 25 December 2005 with the Christmas special "The Christmas Invasion". Following the special, a regular series of thirteen episodes was broadcast, starting with "New Earth" on 15 April 2006. In addition, two short special episodes were produced; a Children in Need special and an interactive episode, as well as 13 TARDISODEs. This is the first series to feature David Tennant as the tenth incarnation of the Doctor, an alien Time Lord who travels through time and space in his TARDIS, which appears to be a British police box on the outside. He continues to travel with his companion Rose Tyler, with whom he has grown increasingly attached and is forever separated from him at the end of the series. They also briefly travel with Rose's boyfriend Mickey Smith, and Camille Coduri reprises her role as Rose's mother Jackie. The series is connected by a loose story arc consisting of the recurring word "Torchwood".

Currently you are able to watch "Doctor Who - Season 2" streaming on Amazon Prime Video.