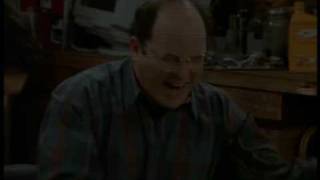 Season six of Seinfeld, an American comedy television series created by Jerry Seinfeld and Larry David, began airing on September 22, 1994, and concluded on May 18, 1995, on NBC. Season six placed first in the Nielsen ratings above Home Improvement and ER.

8.8 (256k)
Genres
Comedy
Runtime
24min
Season 6
Under the new EU law on data protection, we inform you that we save your history of pages you visited on JustWatch. With that data, we may show you trailers on external social media and video platforms.