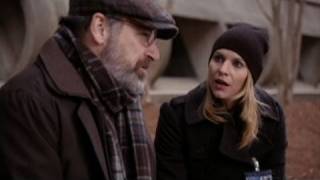 Volatile CIA agent Carrie Mathison investigates and ultimately becomes obsessed with returned POW marine Nicholas Brody, who may or may not be an al-Qaeda-trained terrorist. Brody struggles to resume his domestic life with his wife and two children whom he barely knows. Saul tries his best to support his bipolar protégé while pursuing leads of his own and trying to hold his crumbling marriage together.

Currently you are able to watch "Homeland - Season 1" streaming on Netflix.