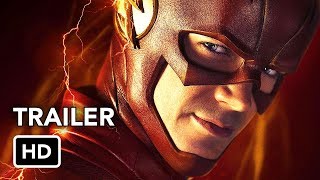 Barry Allen and his new wife, Iris West, finally settling into married life when they're visited by Nora West-Allen, their speedster daughter from the future. Nora's arrival brings to light the legacy every member of Team Flash will leave years from now, causing many to question who they are today. And while Nora idolizes Barry, she holds a mysterious grudge against Iris. As Team Flash adjusts to the next generation of speedster, they discover Nora's presence has triggered the arrival of the most ruthless, vicious and relentless villain they have ever faced: Cicada!

Currently you are able to watch "The Flash - Season 5" streaming on Netflix, HBO Go.