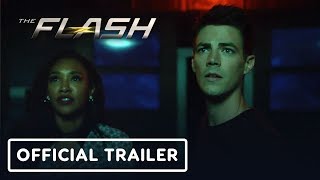 When Barry and Iris deal with loss of their daughter, the team faces their greatest threat yet - one that threatens to destroy all of Central City; Killer Frost has a brush with death that will change her relationship with Caitlin. Faced with the news of his impending death, Barry's resiliency suffers as he struggles to fight fate.

Currently you are able to watch "The Flash - Season 6" streaming on Netflix, HBO Go.