A Snake of June 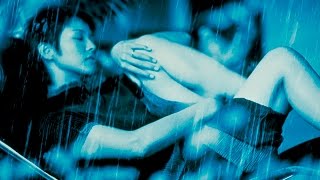 Rinku is a suicide-prevention counselor, living with her husband Shigehiko. He's older than she, scrubbing things constantly, sexually indifferent. They sleep apart. During Tokyo's rainy season, Iguchi, a photographer Rinku has counseled by phone, sends her pictures he has taken through her skylight: she's wearing a short skirt, masturbating. He offers her the negatives if she'll follow his instructions. She's humiliated and agrees. He tells her he's only giving her license to express her inner desires. He sends her into the night to walk on the wild side. Then, she asks a favor of him, and soon her husband receives phone calls and photographs. Where will this triangle lead?

A Snake of June - watch online: streaming, buy or rent

People who liked A Snake of June also liked

6.9 (4k)
Genres
Drama, Romance, Horror, Mystery & Thriller
Runtime
1h 17min
Age rating
18
Director
Shinya Tsukamoto
Under the new EU law on data protection, we inform you that we save your history of pages you visited on JustWatch. With that data, we may show you trailers on external social media and video platforms.