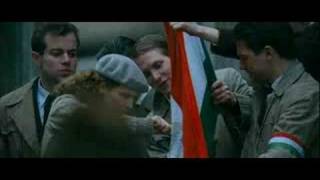 Children of Glory will commemorate Hungary's heroic Revolution of 1956, and takes place in Budapest and at the Melbourne Olympic Games in October and November of that year. While Soviet tanks were destroying Hungary, the Hungarian water polo team was winning over the Soviets in the Olympic pool in Melbourne, in what has been described as the bloodiest water polo match in history.