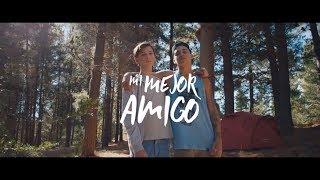 Lorenzo is a teenager who lives in Patagonia. One day his family receives in his house to Caíto, the son of some friends who are going through a serious family situation and can not take care of him. He is a complicated kid and has difficulty adapting to the new home. Despite the differences, a unique friendship arises between them. Each has much to learn from the other. Caito, still with his things, has that share of rebellion that Lorenzo needs to break the strict molds in his head and to let his most repressed instincts and passions flow. Home life becomes chaotic but vital and engaging. Caíto is much more than a troublesome boy: he is someone who forces Lorenzo's parents to reopen a dark chapter of their past that they would rather not remember.