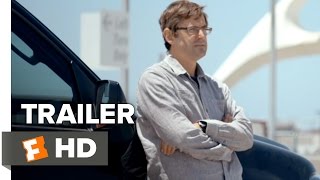 Following a long fascination with the religion and with much experience in dealing with eccentric, unpalatable and unexpected human behavior, the beguilingly unassuming Theroux won't take no for an answer when his request to enter the Church's headquarters is turned down. Inspired by the Church's use of filming techniques, and aided by ex-members of the organization, Theroux uses actors to replay some incidents people claim they experienced as members in an attempt to better understand the way it operates. In a bizarre twist, it becomes clear that the Church is also making a film about Louis Theroux.

6.7 (11k)
Genres
Documentary
Runtime
1h 39min
Age rating
15
Director
John Dower
Under the new EU law on data protection, we inform you that we save your history of pages you visited on JustWatch. With that data, we may show you trailers on external social media and video platforms.